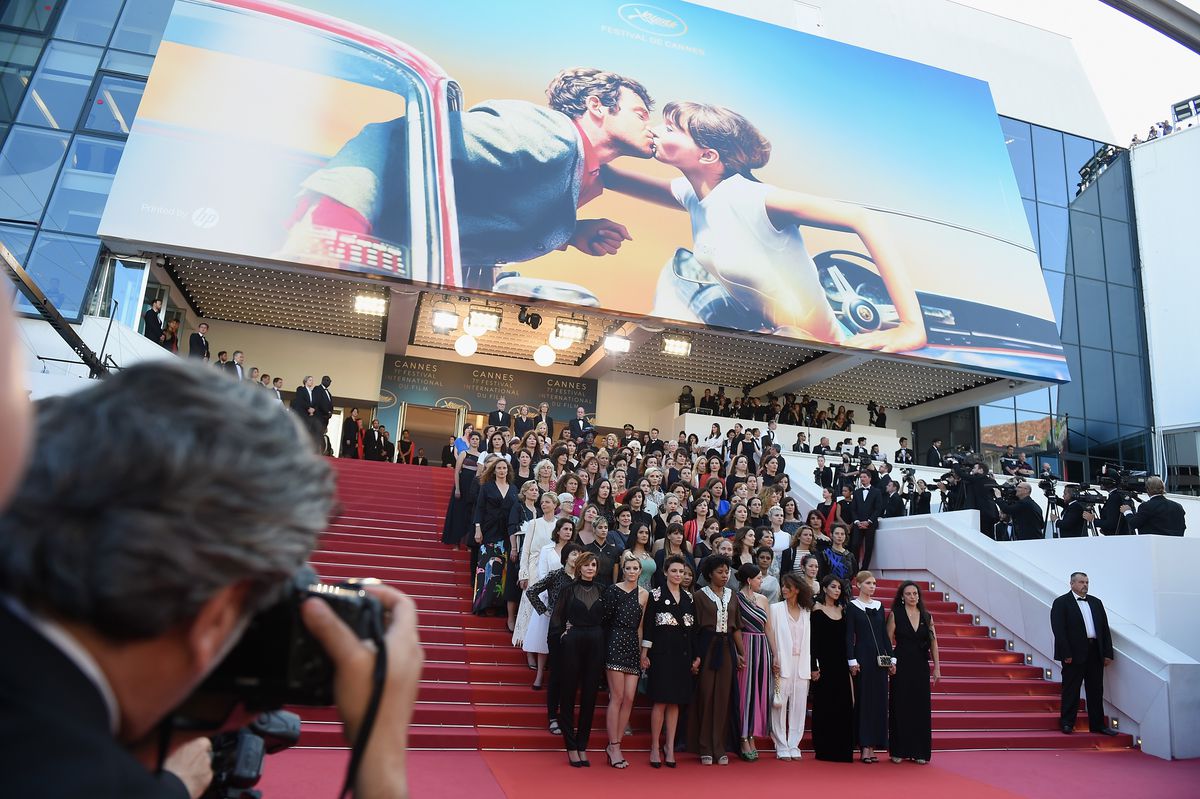 In a historic stance of defiance, 82 women marched arm in arm up the red carpet yesterday evening to protest gender inequality in the Film Industry. The demonstration took place just before the premiere of Eva Hudson's movie 'Girls of the Sun' - Eva Hudson being one of just 82 female directors to have had a film premiere at the Cannes Film Festival, while there have been 1,688 male directors who can boast the same honour in the Festival's 71 year existence. 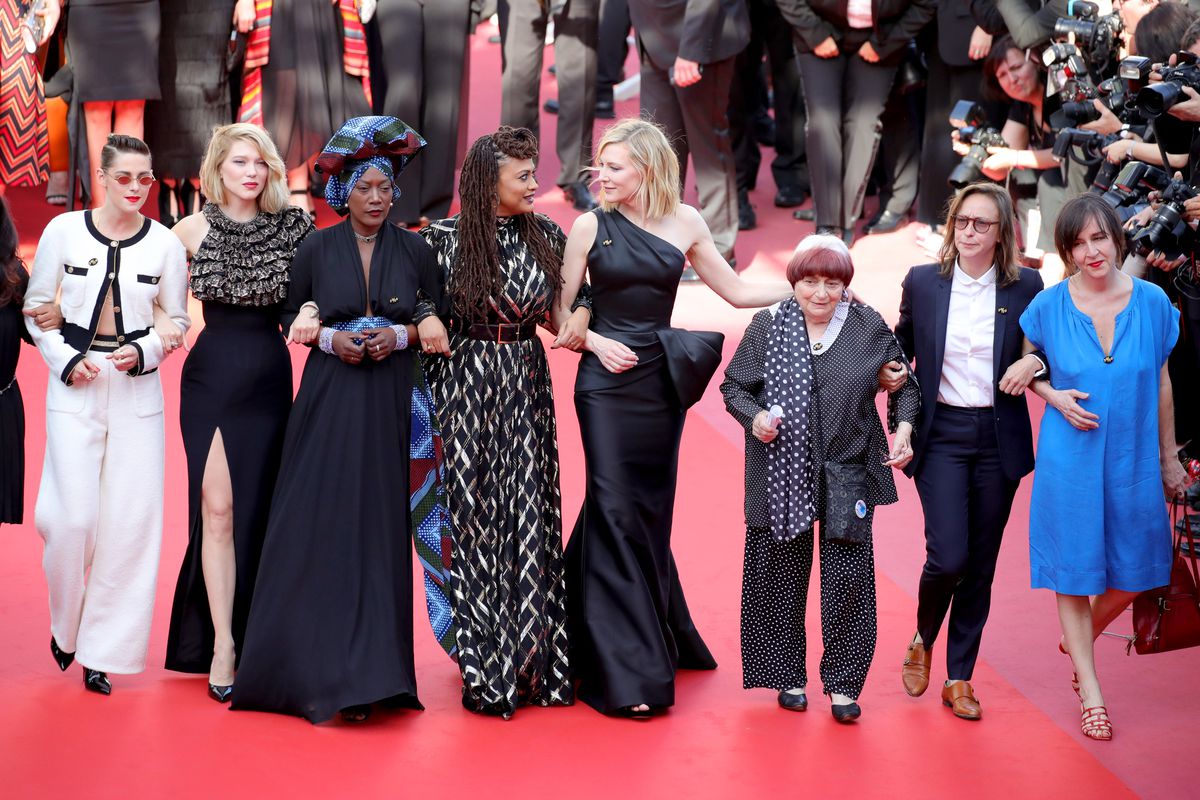 The protest was organised by the French movement 5050x2020, which aims to achieve 50/50 gender equality in the French film industry by the year 2020. The 82 women walked up the red carpet, before turning at the height of the stairs, locking arms and confronting the many journalists and spectators, turning their backs on the world famous Cannes Film Festival venue, Palais des Festivals. 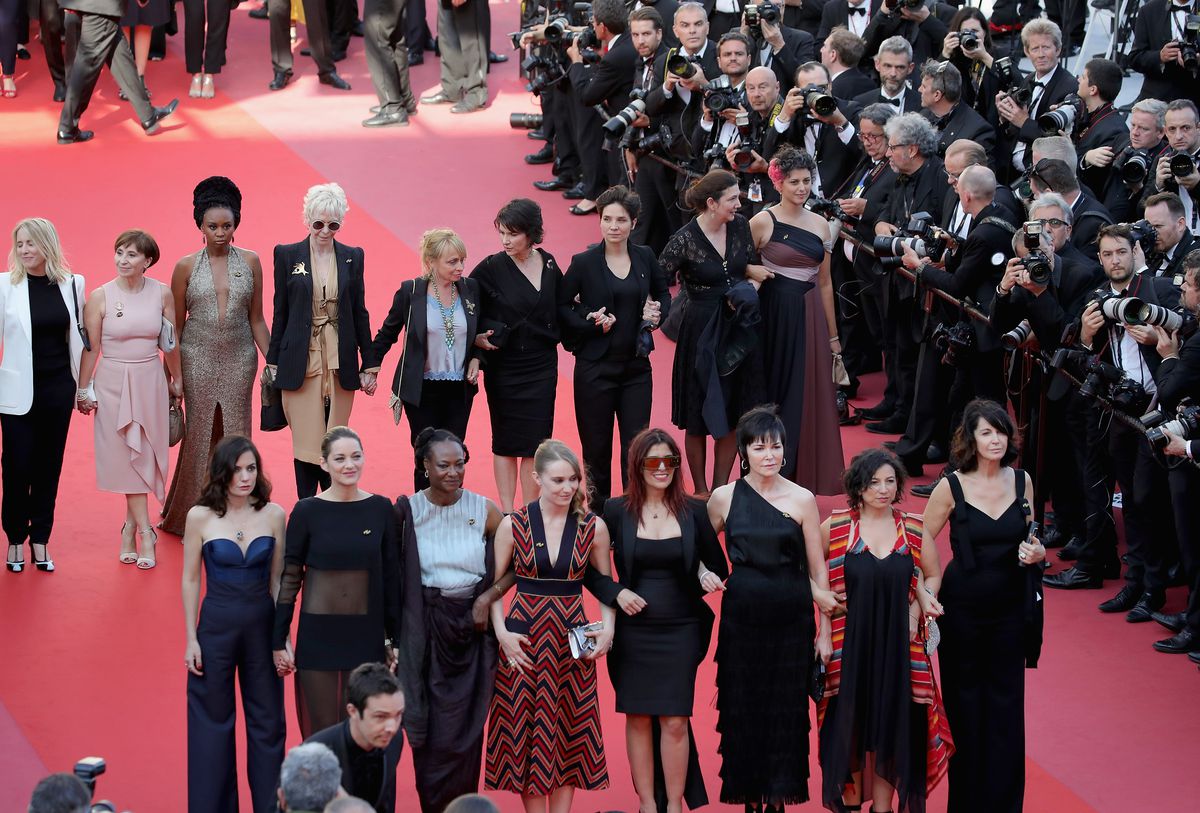 In the star-studded troupe could be found women superstars of the movie industry, such as 'Wonderwoman' director Patty Jenkins, who were led by this year's female jury members. Once atop the stairs, Jury President Cate Blanchett, a proactive feminist, delivered a fierce statement, condemning the lack of equality in film, shown notably in huge pay gaps between industry professionals undertaking the same roles. Agnès Varda, the 89-year-old legendary director who is one of two women to win the Palme d'Or, delivered the statement in French.


Blanchett proclaimed: “Women are not a minority in the world, yet the current state of our industry says otherwise... We expect our institutions to actively provide parity and transparency in their executive bodies and provide safe environments in which to work... We expect our governments to make sure that the laws of equal pay for equal work are upheld... We demand that our workplaces are diverse and equitable so that they can best reflect the world in which we actually live.”